The Doc Wallace Trio has been thrilling listeners with its unique blend of jazzy Texas-style fiddling and swing since their first performance in 1999. The trio’s presenters include Carnegie Hall, Lincoln Center, Midori & Friends, Young Audiences, the New York Philharmonic, HERE Arts Center, and the Levitt Pavilion. Never content to let music remain in the clubs or the concert halls, the Doc Wallace Trio is committed to engagement with underserved communities, and actively brings its artistry to schools, hospitals, psychiatric facilities, homeless shelters, houses of worship, and correctional facilities.

As a fiddler, David “Doc” Wallace (violin) has been broadcast on NPR, ABC and CBS television, WQXR radio’s McGraw-Hill Young Artist’s Showcase, and the soundtrack for the PBS television mini-series Frontier House. He has fiddled throughout the United States and has won prizes in major fiddle contests, including the World Championship Fiddlers Festival and the Texas State Championship Fiddlers’ Frolics.

David received his Doctor of Musical Arts from the Juilliard School, where his dissertation on Texas-style fiddling received the Richard French Prize. He currently chairs the String Department at Berklee College of Music in Boston.

has spent decades performing with groups ranging from club-date bands specializing in corporate events and private parties to show bands touring the United States and Canada to all-original ensembles stylistically ranging from folk to rock to funk to jazz and jazz fusion. Dana’s recorded work includes CDs, videos, and studio recordings for a Nickelodeon television series.

He is an experienced performer, composer, and producer as well as a founding member of the jazz organ trio In the Dream, whose debut album, In the Dream, was released in 2010. Dana coproduced the 2015 album Hypochondriac with platinum-selling R & B recording artist Jeffrey Burrell and cowrote several of its original tracks.

A professional guitar and bass guitar teacher since 1976, Dana is presently the head of the guitar department at the Music School of Westchester. He attended Berklee College of Music in Boston and resides in South Salem, New York. 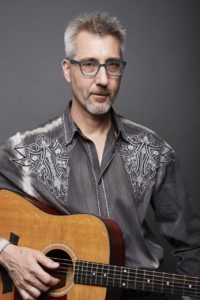 He began gigging professionally as a bass player and lead singer when he was a teenager, then went on to a career as a singer-songwriter, record producer, and theater composer. Moving to New York City in the late 1980s, Daniel established himself as an award-winning composer and has written more than forty scores for plays, musicals, opera, and film.

Texas-style contest fiddling is a fusion between traditional fiddling and early jazz. The style emerged during the 1920s and 1930s, when old-time fiddlers took it upon themselves to “improve” the tunes they heard at dance halls, on the radio, and on 78-rpm records. Frequently, towns would hold contests where fiddlers would come from miles away to flaunt their talents, compete for prizes, and jam until sunrise. Once the festivities were over, fiddlers would return home to practice in their woodsheds, kitchens, and living rooms until the next contest came around.  Over time, the repertoire grew to include the genres and styles of many diverse cultures and nations.  The Doc Wallace Trio takes this rollicking music out of the tin-roofed pavilions and rodeo grandstands of the fiddle contest and gives it new life with their imaginative improvisations and jazzy New York edge.

The Doc Wallace Trio on Record

Live at the Cornelia Street Café 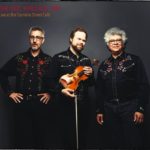 Live at the Cornelia Street Café captures one of the Doc Wallace Trio's best sets at New York City's legendary Cornelia Street Café in the heart of Greenwich Village.  Released in December 2018, just before the Café's final days in January, 2019, the album remarkably captures the exact feeling and sound of standing and performing on this iconic stage.  We are honored and humbled to be able to preserve a portion of this great New York institution so that you can experience it for years to come.  The record is available on CD Baby, and can also be streamed on YouTube and Spotify.

Live at the Living Room

In autumn 2001, The Doc Wallace Trio released our first record, Live at the Living Room. Affectionately known as "The Green Album," this album contains a live set of twelve tunes recorded at Brooklyn's The Living Room Café as well as a party at Daniel Levy's home. Although the record sold out of its 1,000+ physical copies years ago, you can still download your copy at CD Baby. You may also stream the full record on YouTube and Spotify.

Please enjoy some samples of our live performances in concert and on television!

What the Press, Musicians and Experts are Saying:

"Wallace fiddled up a storm - to much applause,"

“Their waltzes could make a glass eye cry!”

“Quite simply, this was one of the best performances I’ve heard at Juilliard.”

“Doc, you are one mean fiddler!”

“Dana’s amazing! He stretches the tunes as far as they can go, but he always comes back to the melody. Daniel’s rhythm and walking bass lines are so good... I wish I could pick out a melody like he can.”

"Your CD is wonderful! When I heard the Debussy quote in 'Lady Be Good,' I realized, 'This is just extraordinary.'"

"Great sound and terrific music! I especially liked 'I'll Fly Away' and 'Ashokan Farewell,' but the whole thing is a great pleasure."

“David Wallace is the best musician I have ever known. His trio is incredible.”

“Daniel Levy’s rhythms are rock-solid and as good as any drummer you’ll play with, and his melodies are righteous. Dana’s improvising is so spontaneous- he’s like a stand-up comedian with a guitar!”

”David, your fiddling thesis is great. I’ve been carrying it around with me.”

-John Hartford, folk musician and multi-platinum songwriter, fiddler for the soundtrack of the film O, Brother Where art Thou?

If you require higher resolution photos of these shots, please contact me.

Shots of the Band: